It’s horrible to see such an innocence being affected by the hungry pockets of wealthy men.

People are being forcefully taken out of their homes and according to a new report released by the United Nations, the number of people is roughly equal to the population of France or United Kingdom.

According to United Nations in the end of 2015, 65.3 million people worldwide has been deposed.For the first time in history the number has exceeded above 60 million. Almost 41 million people are being displaced within their own countries.

Imagine, what would you do if someone is forcefully taking you out of your own home, or worse, let’s you stay but cannot guarantee that a massive rocket won’t land in it anytime? What’s happening to these people is only because few people want a deeper pockets than they already have. It’s horrible beyond measure.

Photographer Muhammed Muheisen has spent time with some of the 2.4 million refugee children who come from Syria.

Muheisen, a two-time Pulitzer Prize winner and Associated Press chief photographer for the Middle East, has been photographing refugees in the Middle East for the last few years, concentrating more on the children affected.

“I believe they are the real victims of the conflict,” he says. “I like to introduce the public to the names of the people that I photograph because it brings them closer. It’s more than just numbers and refugees and Syria and Afghanistan. The people start to be remembered by their names.”

“They’re children in age, but they’re not, in a way. They’re grown up,” Muheisen says. “I looked at a five-year-old girl’s face,” he says, “and I touched my face—and my face was softer than hers, for God’s sake. So that’s why I came close with my camera, to show all these details in their faces.”

By day, these children’s parents work on nearby farms. Sometimes the children tag along, but oftentimes they stay. They have no educational system, toys, or TV’s to watch cartoons. But what’s strange is that these children are really friendly. Muheisen says that hard life is bringing them closer together.

Bellow are 12 portraits of refugee children which were taken in Jordan in mid-March 2016, and in Pakistan in late 2013 and early 2014.

You can see the innocence in their eyes, they cannot lie. They still haven’t grown up, and yet they’ve seen the worst part of life, something that shouldn’t even exist.

“Each of them has a beauty of their own,” Muheisen says. “The eyes of children are innocent. They can’t hide, they can’t lie, they can’t fake. They just stand in front of the camera like adults, and they look straight into your lens, and if you’re lucky enough to have time before they run away, you capture the moment.”

“I didn’t want the background and the good light and the framing to be the center of the story,” Muheisen explains. “I wanted it to be the faces of these children. That’s why I made it really tight, so you can see the details, the conflict in their faces.” 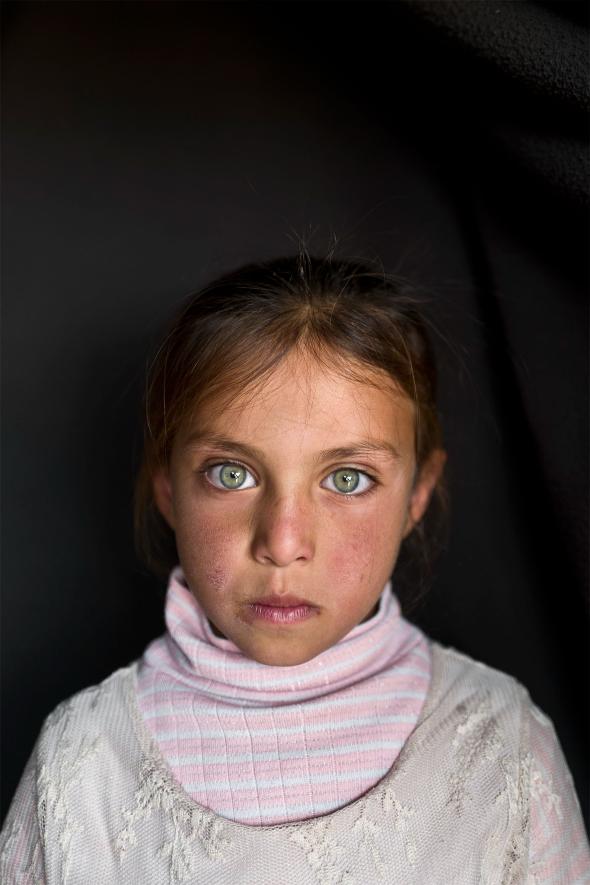 For more than three decades, Pakistan has been home to hundreds of thousands of Afghans who have fled the repeated wars and fighting in their country. 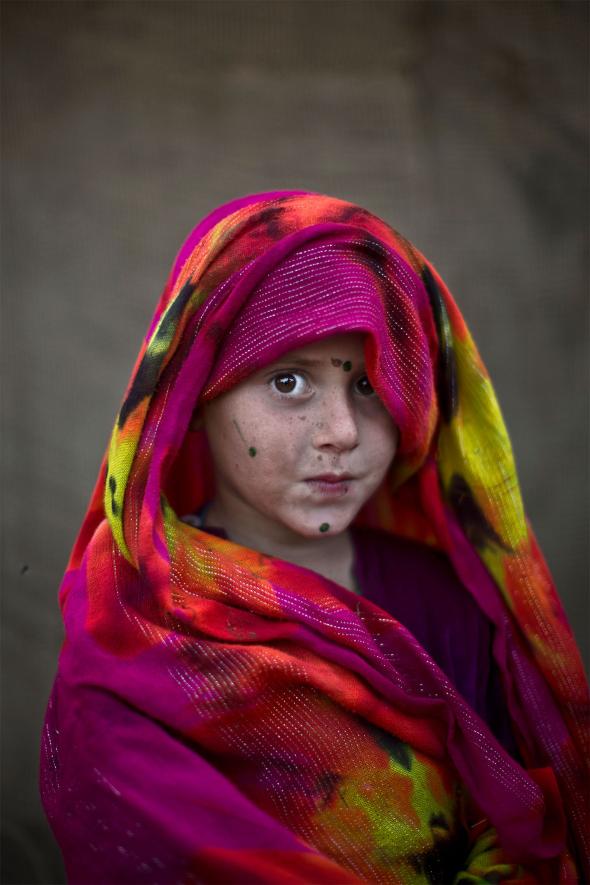 “I used to go to the school back in Hama,” Raslan says. “I used to have friends there. Our home was destroyed in the war and we had to flee to Jordan.” Rakan says that without an education, his future is in doubt. “The best I can become is a driver.” 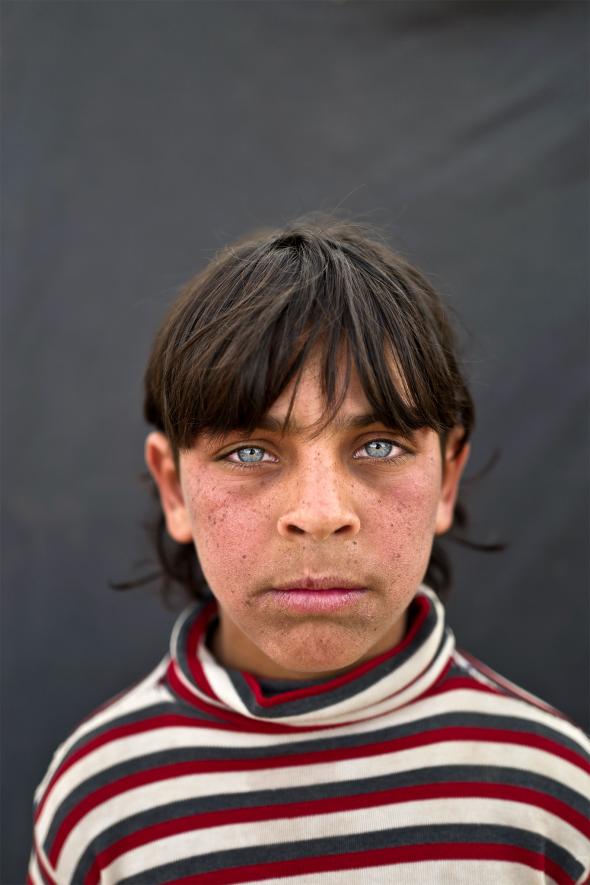 Pakistan hosts over 1.6 million registered Afghans, the largest and most protracted refugee population in the world, according to the UN refugee agency, thousands of them still live without electricity, running water and other basic services.

About half of the 4.8 million Syrians who fled their homeland are children. Some of the most vulnerable refugee children live in makeshift tent camps. Several of these camps are in Jordan, which has taken in close to 640,000 refugees. 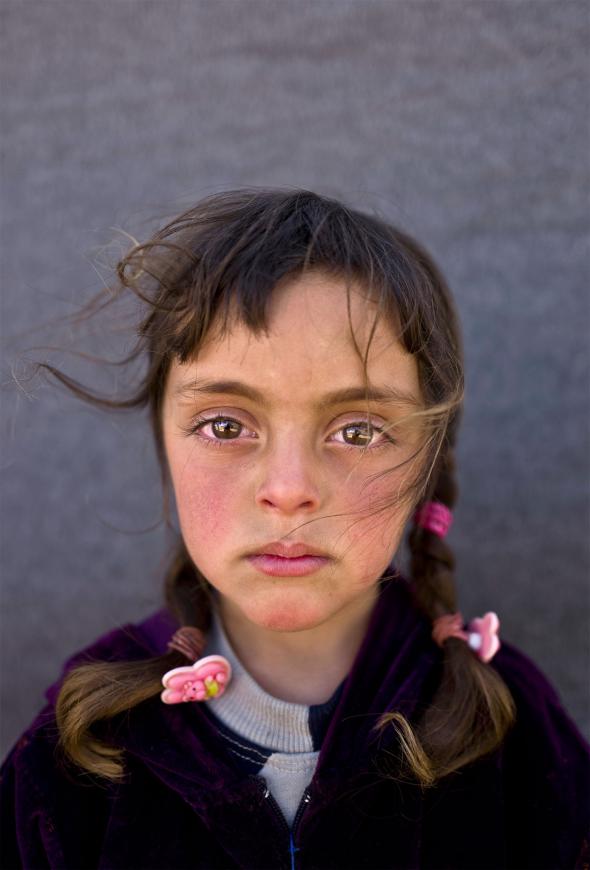 “[The children] are so polite, so respectful,” Muheisen says. “In spite of the difficult life they have, they’re still keeping their manners.” 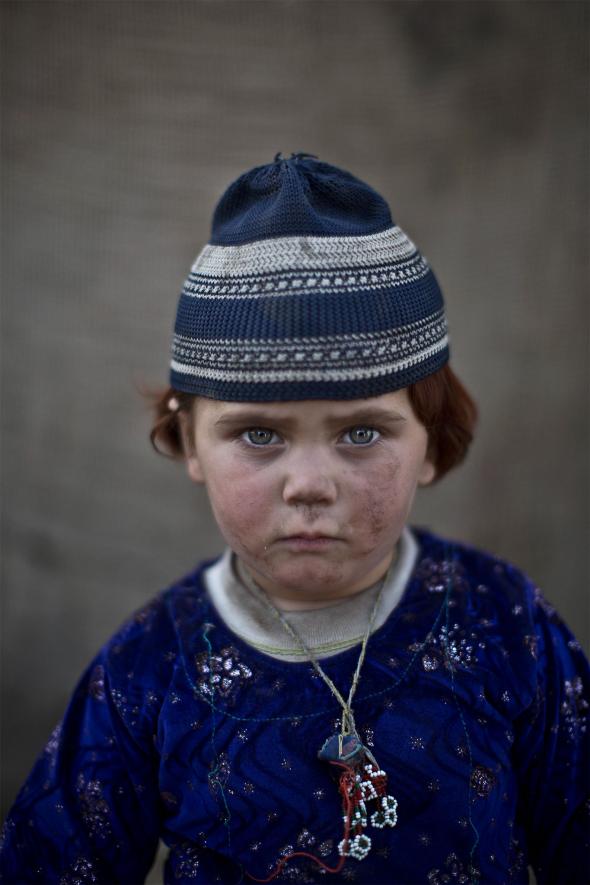 “I remember nothing from Syria,” Hammid says. 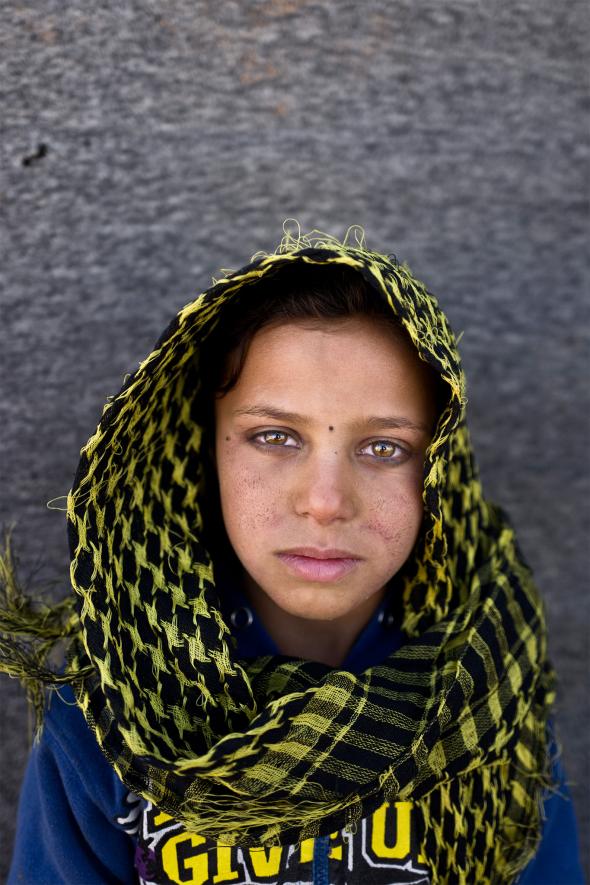 “You can see the trauma in their faces,” Muheisin says. “You can feel the war in their body language.” 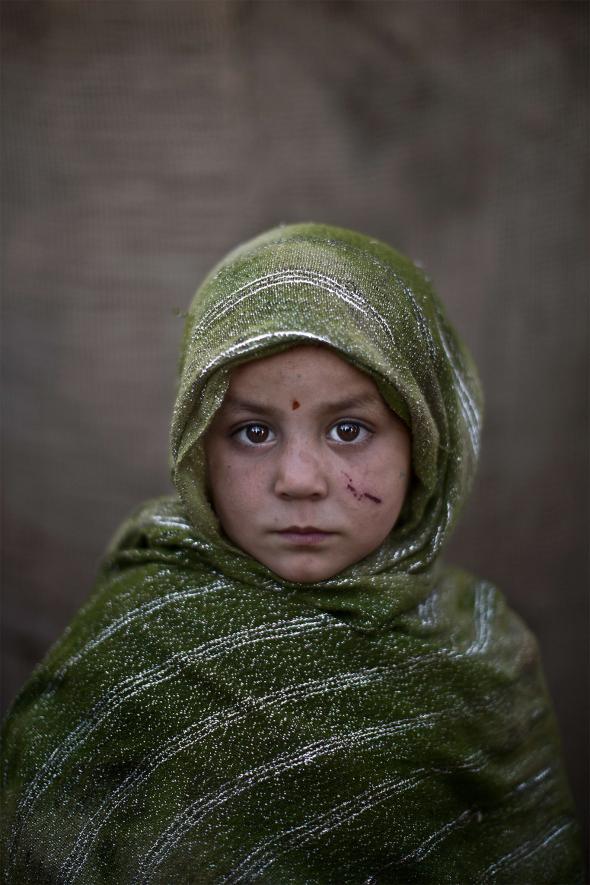 “I want to become a doctor to be able to help people,” Bandar says. 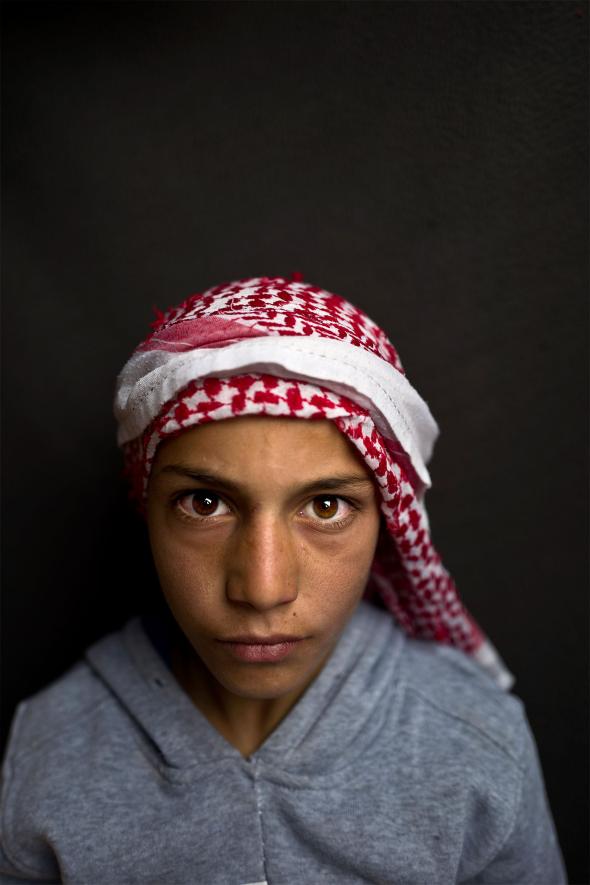 “They have to adapt, because you never know how long this is going to take,” Muheisin says. “And they are aware, but they are not hopeless. A child never loses hope, you know? In a way they have some kind of backup way of thinking. ‘Okay, we can adapt here, we need schools, we build friends, we make a childhood.’” 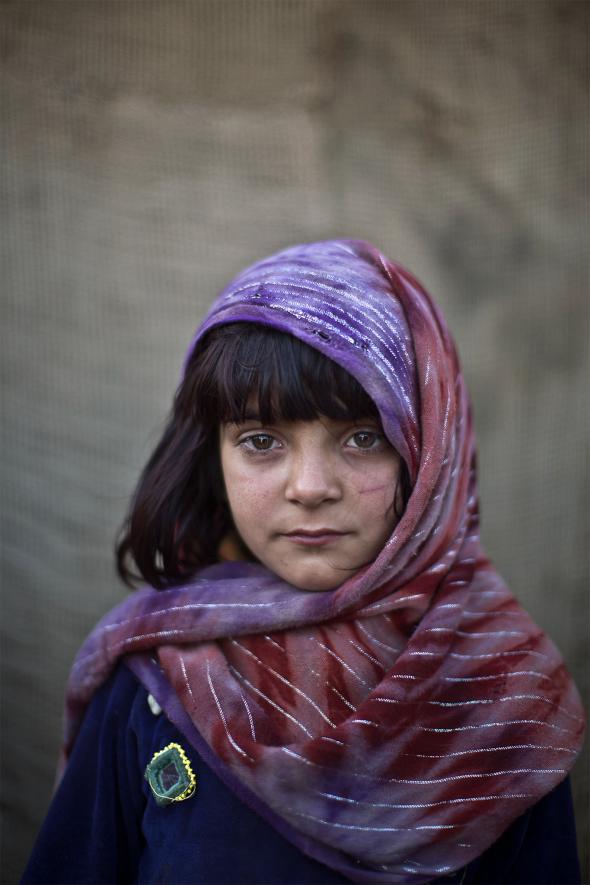 “The older children say, ‘We would love to go to school,'” Muheisin says. “When we were kids, the last thing we wanted was to go to school! But for these children, it’s a luxury to have a school.” 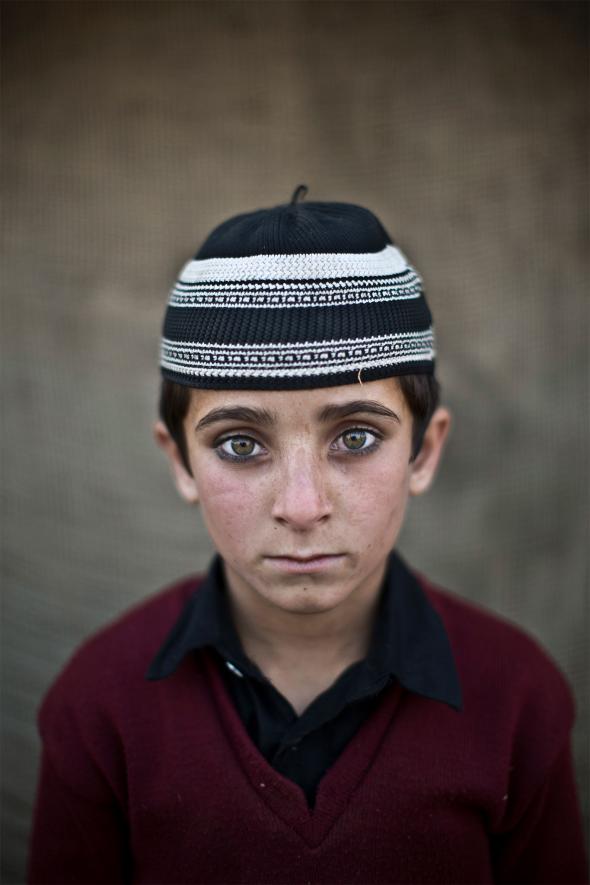 “I spoke to some of these kids,” Muheisin says, “and they said, ‘Yeah, our home was bombed, my school was bombed, I miss my friends, when are we going back to Syria?’” 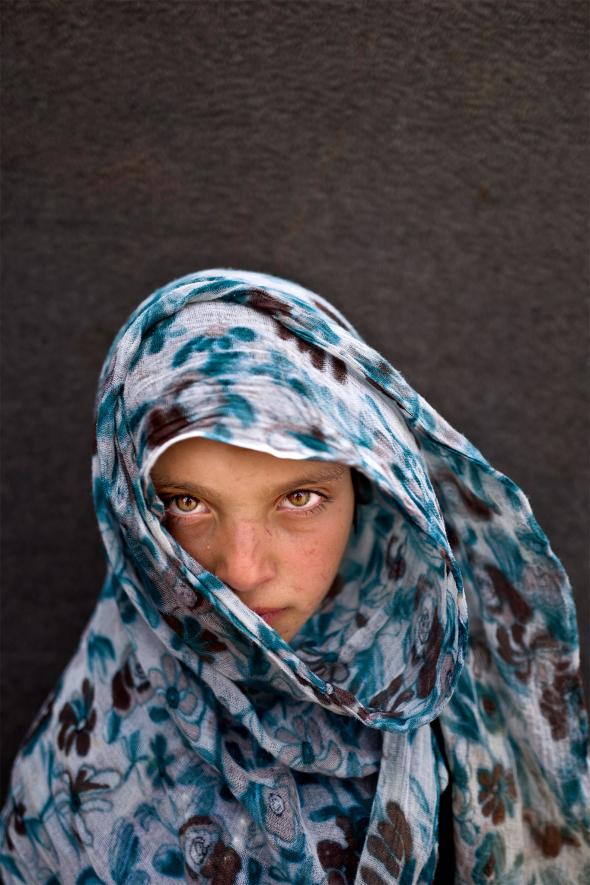