There are some things in life which make us wonder “Now, how did that happen?” And we try to look for answers for the same. But there are a few things that even scientists can’t explain… even in this modern age of technology and scientific advancement.

Here is a list of 10 mind-blowing things that science has not been able to explain:

There are many species on this planet that have no known ancestral background. No one knows where they came from. Even scientists are unable to decipher the exact mystery of evolution.

Black holes are the strangest objects in the Universe. They’re formed when a giant star collapses, imploding into a tiny area of intense gravity, that even the surrounding light is sucked in.

This means that although we’ve got a sense of how black holes work, we’ve still never actually seen one — they’re invisible to telescopes that pick up electromagnetic radiation, light, or X-rays. We can only guess what they look like on the inside.

Scientists performed an experiment where they scanned the images of cows grazing using Google Earth. They discovered that 70% of cows turned their heads towards north or south while grazing. This happens regardless of where the cow is – it can be America, India or anywhere – the observation remained the same.

KIC 8462852 is the star everyone is talking about since no one can explain the irregular patterns of light coming from the star located 1,500 light years away from Earth. Many researchers have speculated what could cause the enigmatic dips of light that are unlike anything seen before.

Interestingly, during an interview, Dr. Michio Kaku said that we could be looking at an alien megastructure build around the star. He also said that “this star is breaking all the rules” and “we would have to rewrite astronomy textbooks” to think anything different.

Twenty seven percent of the universe is what is known as dark matter. So what is dark matter? All around the globe, scientists are still trying to find an answer to this question. Since it does not emit any electromagnetic radiation, it’s impossible to detect it.

There’s something really attractive 220 million light years away, and it’s dragging our whole galaxy towards it. 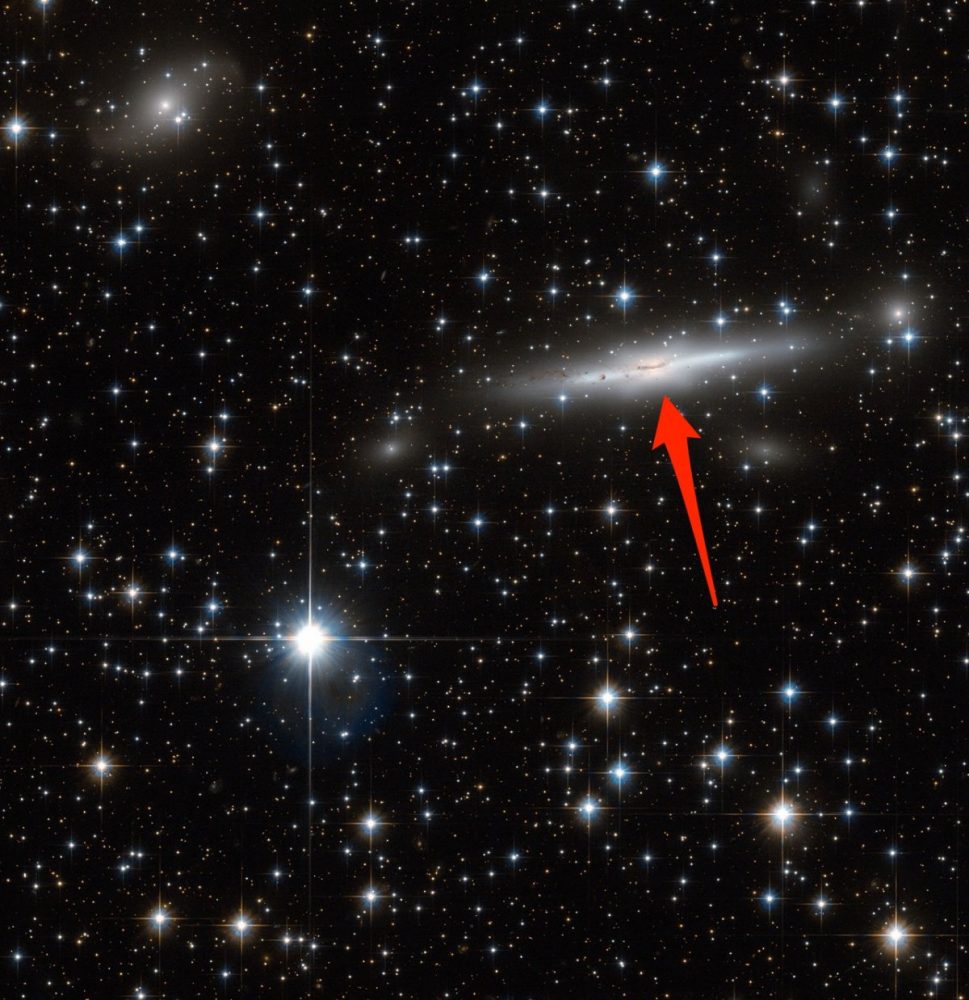 Ever since the Big Bang, the entire universe is expanding, so it makes sense that our galaxy would be moving. But not in the direction it’s headed.

According to Business Insider, the cluster pointed out above is a gravitational anomaly known as the Great Attractor, and its brightness is due to its gravitational attraction. Some point to dark matter as the cause of this. And others claim that our own galaxy, the Milky Way, is blocking our view of whatever it is that’s pulling us towards it at 1.4 million mph.

Approximately 70%-95% human beings are right handed and 5%-30% are left handed. And some unknown number is ambidextrous. Scientists have not been able to discover the reason behind why people are righty or lefty. They say that genes are to be blamed for it but which gene and how it affects us is still a mystery.

Read Also: Here are 23 Stunning Facts about Left-Handed People that you had no idea about

“If mankind evolved from the same African ancestor then everyone’s blood would be compatible, but it is not. Rhesus negative blood type appears suddenly 35.000 years ago in Cro-magnon. Where did the Rh negatives come from? Why does the body of an Rh negative mother carrying an Rh positive child try to reject her own offspring? Humanity isn’t one race, bu a hybrid species.” – Robert Sepehr Species with Amnesia: Our Forgotten History‘

A whole theory has been wrapped up around this subject, and even a book written about it. Some researchers believe they have found out a fascinating thing in regards of Rh Positive and negative. According to a theory, in the distant past, extraterrestrial beings visited the Earth and created, through “genetic manipulation,” the Rh Negative with an intention of creating a race of “slaves”.

9. What are dreams made of?

Why do we dream and what are dreams made of? This question must have haunted everyone at least once in their life. The study of dreams is called oneirology. Scientists believe that dreams have some connection with the human psyche. Remember Freud and his theory?

Is there a thing called as space roar? Back in 2006, scientists heard some roar like sounds while studying stars. They could not discover the reason behind it and certainly it was not some common cosmic phenomena.