Communication is the key to the human society. We’ve developed and thrived as a species and gained ability to communicate in a complex yet effective manner.

The advancement of technology has now led to a world where we have more than one method to communicate, and all of them rather simpler and faster than the older methods.

Sadly, this has brought about a decline in a basic necessity – face to face communication. Why meet when you can text, right?

But despite the growth of technology in the communication sector, people still put a lot to store with face to face interactions. The reason behind this is: Body Language.

Body Language is a separate and well developed domain. It has been studied extensively by people all over the world, for its intricacies hide our deepest traits and behavioral patterns.

Do you know how to understand body language? Do you know when your “Body” gives you away while you say one thing but don’t mean it? Can you tell apart these signs in others while conversing?

It is interesting to note that when a person says something, this is how that information could be processed and understood:

10% of what the person actually said

40% from the tone and speed of voice

50% is from the body language of the individual

– Lowering one’s head during a conversation could mean that the person lacks confidence. Even while being complimented, if a person lowers their head, it shows their timid/shy nature.

– If a person continuously touches or tugs at their ear, it could be a possible indication of indecisiveness.

– A sincere smile would light up the eyes as well as the face. It won’t be limited to just the mouth.

– A false smile, as stated above, would only show on the lips.

– Tilting one’s head during a conversation symbolizes a person’s interest in it.

– An overly tilted head is a sign of sympathy.

– While making a negative evaluation, people usually close their eyes and pinch the bridge of their nose.

– Another clear indication of a listener’s attention is when they nod; it shows that they are interested in what is being said.

– When in doubt or while rejecting an idea, a person will touch/rub one’s nose.

– Sticking one’s chin out is an indication of defiance.

– While thinking, people often rest their cheek on one of the hands. 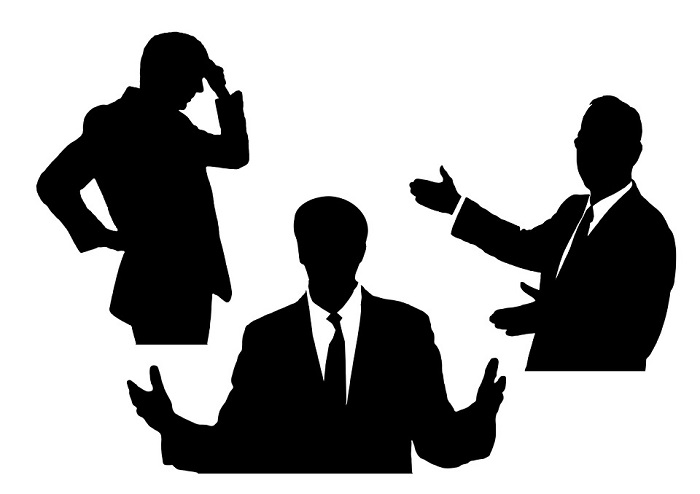 – Power and courage is often indicated by pushing back of one’s shoulders.

– People who are willing to talk to others and are comfortable with being approached keep their arms open.

– A person who is dissatisfied or who intends to keep him/herself barricaded from the others will keep their arms folded.

– Resting the arms behind one’s neck shows that the person is open to the conversation and is listening intently.

– When a person points their fingers, it is a sign of aggression or assertiveness in them.

– Touching the front of the neck signifies a person’s interest and concern for a topic.

– Keeping the hand movements upward and outward during a conversation indicate a positive and open behavior and mentality.

– Interlaced fingers or finger tips that are pressed together shows that a person might be thinking or evaluating.

– A person putting their hands on their hips could be an indication of readiness, eagerness, or even aggression.

– Hips pushed forward while the upper body leans back shows that a person feels powerful. However, it could also be a suggestive gesture.

– If a person is sitting with their legs parted, it indicates that they are comfortable with their surroundings.

– The ‘Figure of four cross’ is a confident and powerful position. This is when one ankle is on top of the other leg’s knee and the top leg is pointing sideways.

– If a person bounces their legs while crossed, it shows that they’re bored. 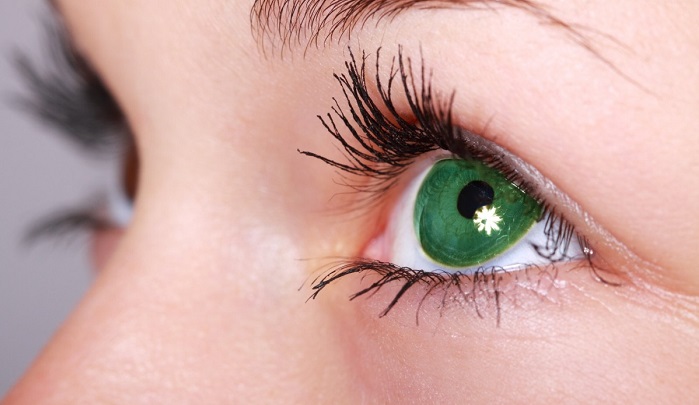 – Fear, guilt or submission is conveyed easily by lowering of the eyes.

– If you don’t look into the other person’s eyes it shows your lack of confidence or your apprehensiveness.

– While understanding what is being said or is going on, people tend to lower their eyebrows or squint.

– Wide eyes show a person’s interest in a conversation.

– A person will blink rapidly when he/she’s nervous, or is trying to evaluate someone.

– A common indication of irritation is when during a conversation, a person quickly glances sideways.

– While trying to recall a memory people tend to look up and towards right.

– A person who is thinking deeply will tend to look directly upwards.

– If a person feels insulted, they break eye contact.