Osho, who was originally born as Chandra Mohan Jain on 11 December 1931, has lived his life as a spiritual guru and has been referred to as the “guru of hedonism” as he has never shied away from talking about the more controversial topics that are unlikely for spiritual gurus to talk about. This approach to spirituality did not go unnoticed and there were several charges pressed against him, including drug use and others that led to him being deported from the United States of America because of Violations of Immigration Law.

At one point, he was one of the top two spiritual gurus in America. He gained popularity as quickly as he did because of his lack of inhibition when it came to talking about things that religious speakers, as well as important and influential political leaders, avoided talking about. The general disapproval of the society did not stop Osho from talking about what he wanted to or what he believed in. He selflessly provided support, faith and guidance to a lot of Americans during some challenging times. He might have been deported but he has left behind his teachings in the form of books, DVDs and many documents that still have significant impact on his followers and helped many through difficult times. 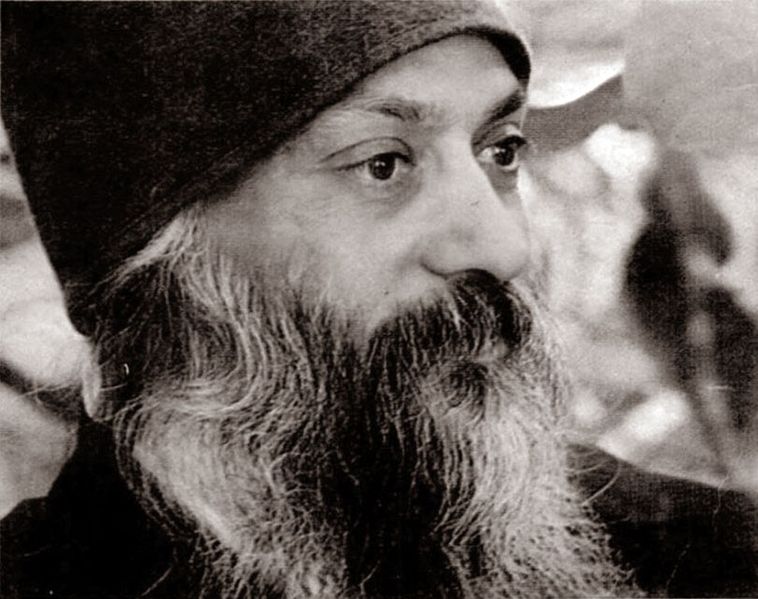 He has had expressed quite a few controversial opinions, but one particular opinion has been proven to be highly accurate, given the current political scenario of the country. The comment that he made was directed towards the people of power and other leaders.

He stated that we live in a world that is full of stupid people, an idiotic world, in a more composed way. This statement caused quite the roar and that is why he was asked to explain what he meant by the above.

He points out how we are restricted and controlled when we are growing up and are almost never allowed to follow what our spirit directs us to do from within, and that is an impediment for us to reach true greatness! He comments how less and less people reach the heights of succeeding awards like the Nobel Prize and so on. He points out how an average American spends a considerable and unhealthy amount of time in front of a TV, which just numbs one down even more.

He explains how, when we are growing up, we are simply stopped every time we try doing something that our heart tells us to, so we simply follow the same path that has been, and is being followed by the many, that ultimately leads to a life of mediocrity.

“It is good that flowers don’t listen to your teachers and your leaders and your politicians. Otherwise, they would say to the roses, ‘What are you doing? Become a lotus! Roses are not so foolish. But if, just for argument’s sake, roses did start trying to become lotuses, what would happen? Two things are certain: there would be no roses because their whole energy would be involved in becoming lotuses, and the second thing, a rosebush cannot produce a lotus. It is not in the inbuilt program of its seed.”

He says how man has been distracted and has forgotten to stand as their own individual and is trying to be someone else, therefore, always ends up becoming a part of the crowd of the idiots. The inner potential that we are all born with will never reach full potential and we waste away our inborn capabilities because we are scared of not being accepted.

Osho says that being brave is all it would take to rise above the mediocre foolishness, but Americans are far too deep in competition and comparison to actually do something that they experience an inherent affinity towards. 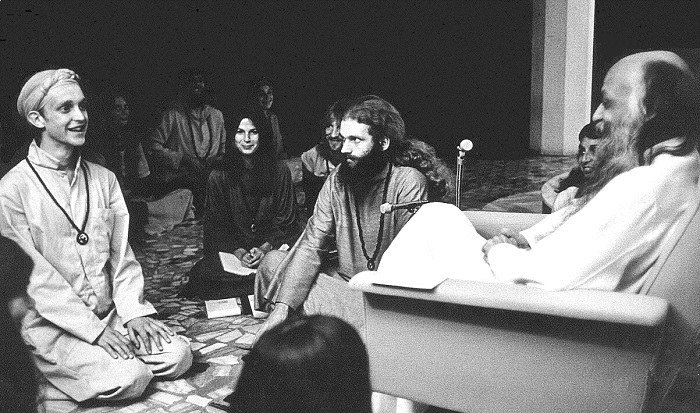 “From childhood, everybody is condemned – whatever he says, whatever he does, it is never right. Naturally, he becomes afraid of saying anything, of doing anything on his own. He is appreciated if he is obedient, he is appreciated if he follows the rules and the regulations made by others… everybody appreciates him. This is the strategy: condemn the man if he is trying to stand on his own feet and appreciate the man if he is just an imitator. Naturally, his inner seed, his potentiality, will never have a chance to grow.

“It is very difficult to find human beings in society who will allow you the freedom to be yourself. That has created a retardedness all over the world.”

You can check out more of his quotes that were originally published in Osho Times.