THERE could be a hidden city frozen underneath Antarctica, according to shock claims.

The huge continent is an icy mass, and is currently only inhabited by scientific researchers and penguins thanks to its freezing temperatures.

Rumors of a hidden city have been floating about for years, as theorists and even some scientists claim the freezing continent is actually the home of the legendary Lost City of Atlantis.

One scientific theory claims that once upon a time Antarctica was ice-free and home to an ancient civilization.

The theory, called crustal displacement, claims that movements in the Earth’s crust meant that large parts of Antarctica were ice-free 12,000 years ago and people could have lived there.

A society could have existed ‘prehistory’, coming to an end with the last Ice Age which froze over the continent.

And this could have been Atlantis, a mythical city founded by people who were half god and half human which was first mentioned by Greek philosopher Plato in 360BC.

Speculation over the location of the legendary long-lost city is rife, with others believing it to have been near the Greek island of Santorini.

Antarctica’s secret city was apparently confirmed by an ancient map called the Piri Reis map, compiled in 1513 from military intelligence.

It appears to show the Antarctic coast hundreds of years before it was discovered, but was denounced by many scholars at the time.

However, earlier this year photos from NASA appeared to reveal traces of a human settlement underneath the ice. 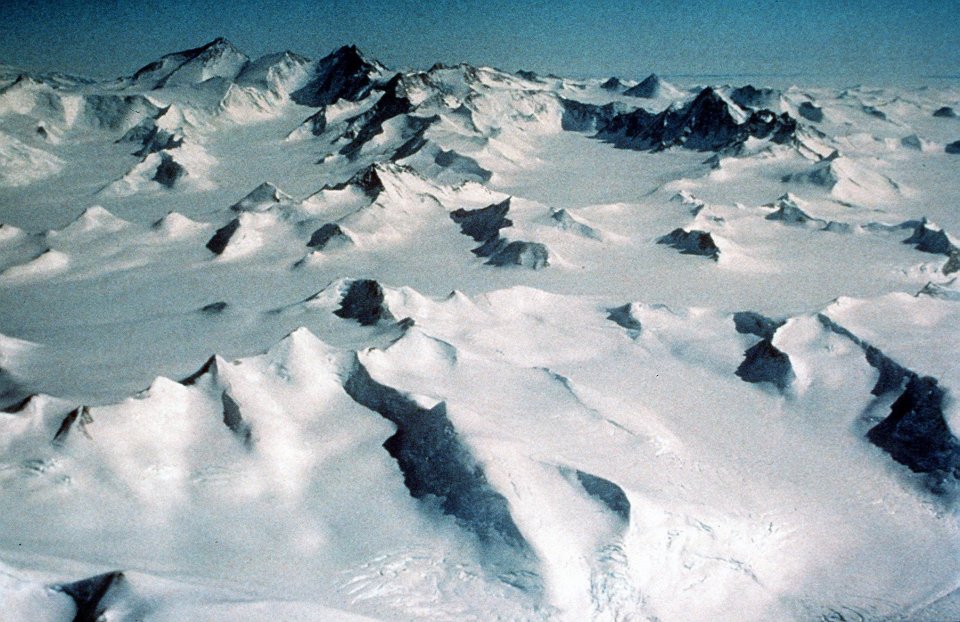 The pictures, taken using remote sensing photography for NASA’s Operation IceBridge mission to Antarctica, show what online sleuths believe could be a city.

Google Earth images also appeared to show a pyramid poking out of the tundra, with enthusiasts claiming that it is proof humanity once lived in the area and built a man-made structure.

The fascinating discovery comes just weeks after scientists revealed the Earth could be heading for another mini ice age caused by the Sun “going blank”.

[Scroll down for video]

Theorists went wild earlier this year when a video claiming to be from the lost city emerged.

It appeared to show extensive ancient ruins hidden in the ice, and was a video supposedly ‘left behind’ by a California TV crew who have been missing since 2002.

Archaeologist Jonathan Gray claimed that the US government is trying to block the video from being seen because it reveals there is a “massive archaeological dig under way two miles beneath the ice”.

But that’s not the wildest claim – with several online websites claiming that there is a city in Antarctica and Hitler knew about it, making it a secret Nazi base.

The wild claims state that the Nazis claimed an area of Antarctica as German territory and sent an expedition there.

They then mapped the area and discovered a network of rivers and caves, one of which led to a large geothermal lake.

A city-sized base was built there, called “Base 22 or New Berlin”, and supposedly was home to not only Nazis but also the Illuminati.

However, things get even weirder, with suggestions that the Germans discovered abandoned alien technology OR contacted aliens, and used it to make super weapons.

In October, explorers discovered the remnants of a secret Nazi base hidden deep in the Arctic, just 600 miles from the North Pole.

Originally written by Jennifer Hale and published on The Sun