The W-positions is one of (oh so many!) sitting positions that most children move into and out of while playing with their toys, but it’s a four-letter word to some parents. Why is it OK for some children and forbidden for others? Actually, W-sitting is not recommended for anyone…

Being a new parent demands a lot, but worrying (the ENTIRE) time is certainly at the top of the pyramid. Million things can go wrong at any time and having a moment of peace is not on your list. Parenting is definitely a balancing act!

When you’re raising a child, it’s almost impossible to distinguish the harmless behavior from the stuff that can do real damage. There’s an enormous difference between biting the knife and eating a kinder chocolate before dinner, for example.

Yes, many things can be swept under the rug, but there is one overlooked issue that shouldn’t be failed to notice. It’s called the “W sitting,” and it doesn’t look like a big deal, but it could seriously damage your child.

W sitting is when a child sits on their bottom with their knees bent and feet positioned outside of their hips. If you’re standing above your child, you will see their legs and body make the shape of a W. But what’s so bad about sitting down in this position, you may ask? 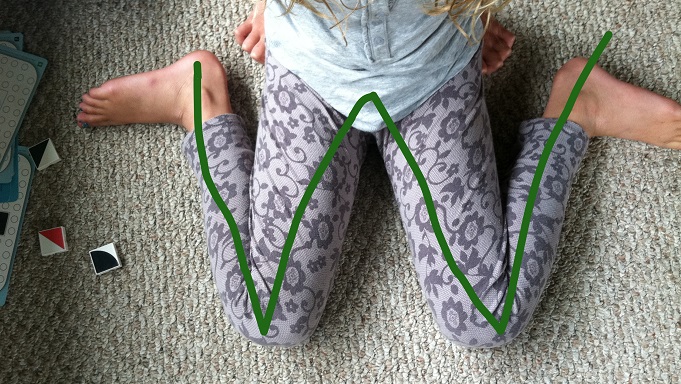 It might seem like it’s a normal pose, but the harsh truth is that “W sitting” is anything but normal. It can actually cause serious orthopedic issues because it places stress on the hips, knees, and ankles. Also, later in life it can lead to all sorts of posture problems..

Read Also: According to Harvard Psychologists: Parents Who Raise “Good” Kids Do These 5 Things

What risks are associated with W Sitting?

When children W sit for longer periods of time, they are at risk for the following issues:

Hip dislocation: If a child has hip problems, sitting in the W position can put strain on the hips and joints and increase the likelihood of dislocation.

Limited trunk/core strength: The wide sitting stance of the W position makes it easier to keep the body upright. Children sitting in a W position don’t have to use their core muscles as much and won’t develop them as they would in other sitting positions.

Lack of cross body movements: The W position makes it difficult for children to rotate their upper bodies and reach across to either side with one or both arms.

No hand preference: In a W sitting position, a child has too much trunk control and stability. It’s very easy to use either hand to accomplish tasks. However, developing hand preference is important for writing ability later on.

To learn more about the dangers of  “W sitting” and to find great ways to get your kids out of this habit, watch the video below!

Parents thought they could relax as long as their kid was sitting down, but no more! Stay alert, everyone.