“Experts are still trying to figure out what’s happening.”

Just so you can imagine, the hole is as large as the state of Maine. It has just opened up in Antarctica, and scientists have no clue why.

The gigantic hole “is quite remarkable” atmospheric physicist Kent Moore a professor at the University of Toronto’s Mississauga campus, told Kate over the phone. “It looks like you just punched a hole in the ice.”

A polynya is an area of open water surrounded by sea ice. It is now used as geographical term for an area of unfrozen sea within the ice pack. It is a loanword from Russian: полынья (polynya), which refers to a natural ice hole, and was adopted in the 19th century by polar explorers to describe navigable portions of the sea.

They form in coastal regions of Antarctica. But what’s strange is that this polynia is “deep in the ice pack,” Moore said, and must have formed through other processes that aren’t yet understood. 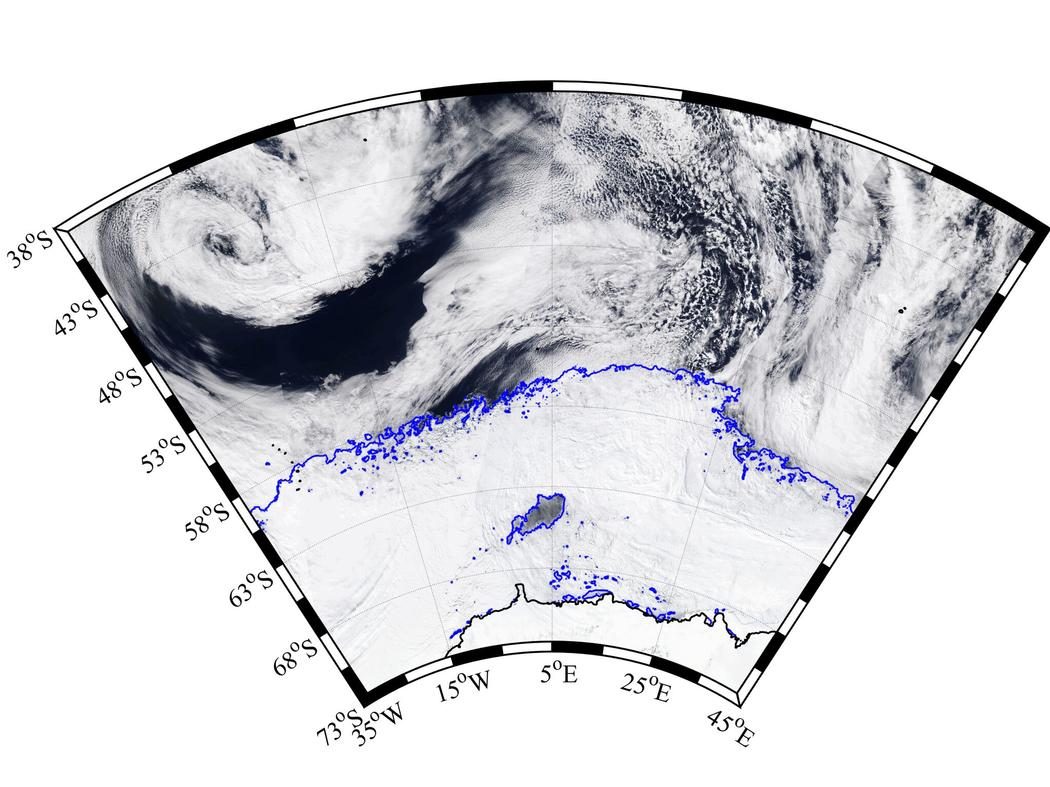 An image of the hole in the sea ice. Image: MODIS-Aqua via NASA Worldview; sea ice contours from AMSR2 ASI via University of Bremen

“This is hundreds of kilometres from the ice edge. If we didn’t have a satellite, we wouldn’t know it was there.” (It measured 80,000 k㎡ at its peak.)

In past decades, for example, some polynyas, such as the Weddell Polynya, have lasted over multiple winters (1974–1976). Unfortunately back then, scientists’ had no technology nearly as good as we have today and the hole remained largely unstudied. Then it went away for four decades, until last year, when it reopened for a few weeks. Now it’s back again.

“This is now the second year in a row it’s opened after 40 years of not being there,” Moore said. (It opened around September 9.) “We’re still trying to figure out what’s going on.” 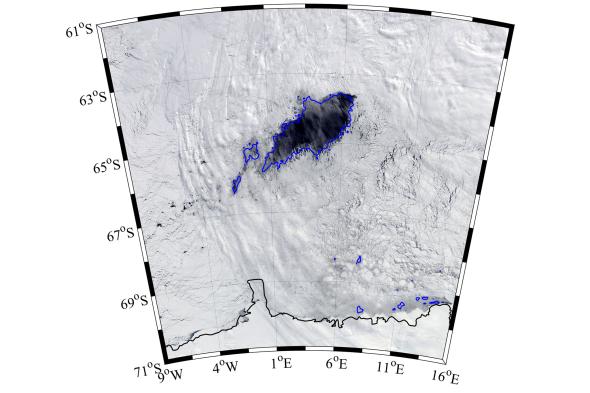 The blue curves represent the ice edge, and the polynya is the dark region of open water within the ice pack. Photograph courtesy of Modis-Aqua via Nasa worldview; sea ice contours from Amsr2 Asi via University of Bremen.

Although we can blame it on climate change Moore thinks that’s “premature.” Scientists can say with certainty, though, that the polynia will have a wider impact on the oceans.

“Once the sea ice melts back, you have this huge temperature contrast between the ocean and the atmosphere,” Moore explained. “It can start driving convection.” Denser, colder water sinks to the bottom of the ocean, while warmer water comes to the surface, “which can keep the polynia open once it starts,” he said.

Moore is on it, working on as-yet-unpublished research that aims to answer more questions about this giant hole. They are using observations from satellites and deep sea robots. Comparing to the one that opened 40 years ago, “the amount of data we have is amazing,” he said.

Antarctica is indeed going through a massive shift right now, and why this hole suddenly opened up could answer a lot more questions that could fit in the big picture.